After one and a half years orbiting around the Earth, the world’s largest travelling „space collection”, the Gateway to Space exhibition of NASA about the history of space missions returns to Budapest. The expo introducing the biggest adventure of mankind will welcome visitors at Millenáris from July 1 to September 11 – this time offering a larger interactive space and more games to visitors.

„The Gateway to Space exhibition about the past, presence and future of space research was a major public hit last year, with tens of thousands of visitors – many however indicated that they missed out on it” – says Illés Gabriella, the Hungarian producer of the exhibition. The decision was made therefore – following lengthy negotiations – to lure the space expo (featuring true rarities) to Hungary again.

The novel Trip to the Moon published in 1865 describes three men intending to reach the Moon using a vehicle shot from a canon-like structure. The fantastic space exhibition starts here and continues until the Mars expedition, featuring the most exciting stages of space research. Among others, the exhibition also demonstrates how astronauts can exist under extreme weather conditions. Visitors can also get „hands on” experiences about the interior of the Soyuz spacecraft, the International Space Station or the Lunar Module of Apollo (the part of the spacecraft system that transported the crew from the mother ship to the surface of Moon and back again), as well as the Russian MIR space station which was orbiting around the Earth from 1986 to 1997. 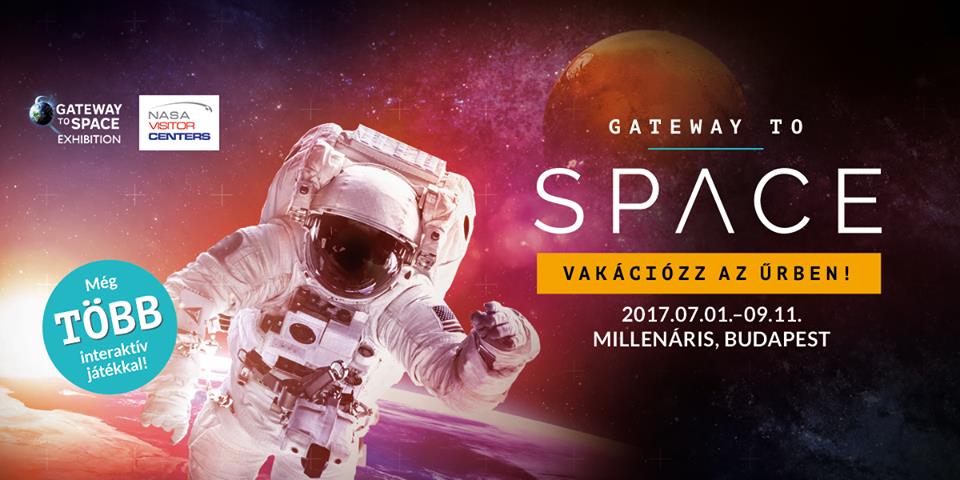